American-Haitian fashion model and activist, Mama Cax dies at the age of 30.

The cancer survivor and amputee passed away on Monday. She was reportedly rushed to the hospital a week after she was diagnosed with blood clots.

Mama, whose real name was Cacsmy Brutus was said to had flown into London from New York for a photoshoot when she suddenly fell ill. She was rushed to hospital  after she suffered severe abdominal pain that led to the discovery that she had several blood clots in her leg, thigh, abdomen, and near her lungs.

Mama Cax’s family broke the sad news of her passing with a statement posted to the model’s Instagram page on Friday night.

‘It is with deep regret and immense sadness that we announce the passing of Cacsymy Brutus (Mama Cax),’ they wrote. ‘Mama Cax spent the past week in the hospital, and unfortunately, on Monday, December 16, 2019, she left this world.

‘To say that Cax was a fighter would be an understatement. As a cancer survivor, she had grown accustomed to taking on life’s several challenged head on and successfully. It is with that same grit (fervor) that she fought her last days on earth,’ the continued.
‘We are aware that this loss will be felt globally and will not be easy for anyone. We as that you please respect Cax’s privacy in this difficult time. We will make information about funeral arrangements public once they are finalized.’

Fellow models, celebrities including Rihanna has taken to social media to mourn the death of Cax, who walked the runaway at her Savage x Fenty fashion show in September.

The 31-year-old singer tweeted a photo of the model at her Savage x Fenty fashion show and wrote: ‘A queen. A force. A powerhouse beauty that brought her strength to the @savagexfenty stage this year inspiring so many across the globe. Rest In Power sis @mama_cax.’

Rihanna
✔@rihanna
A queen. A force. A powerhouse beauty that brought her strength to the @savagexfenty stage this year inspiring so many across the globe. Rest In Power sis 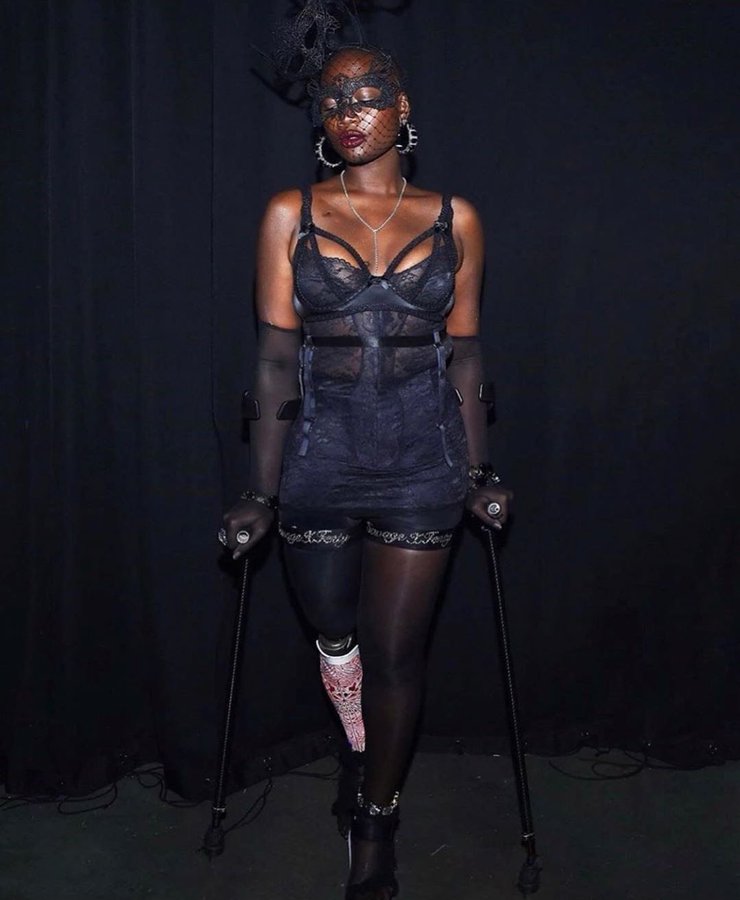 Mama Cax, who was diagnosed with cancer at 14 lost her right leg during her battle with deadly disease.