Chimamanda Ngozi Adichie has made history as she becomes the first Nigerian and first African woman to receive the UN Global Leadership Award.

Ngozi Adichie was honoured by the United Nations Foundation on the 20th of November, 2019 amongst other global leaders in its annual awards ceremony as she was recognised with a Global Leadership Award for her work using literature and storytelling to connect with people across generations and cultures on issues of gender and racial equality and being a leader on the frontlines of global progress.

Not only is Chimamanda the first Nigerian honouree and also the first African woman to receive this honour, she is also the youngest African to receive the UN Foundation Global Leadership Award. Previous honourees in this category include former U.S. Presidents Barack Obama and Bill Clinton, Oprah Winfrey, Kofi Annan. 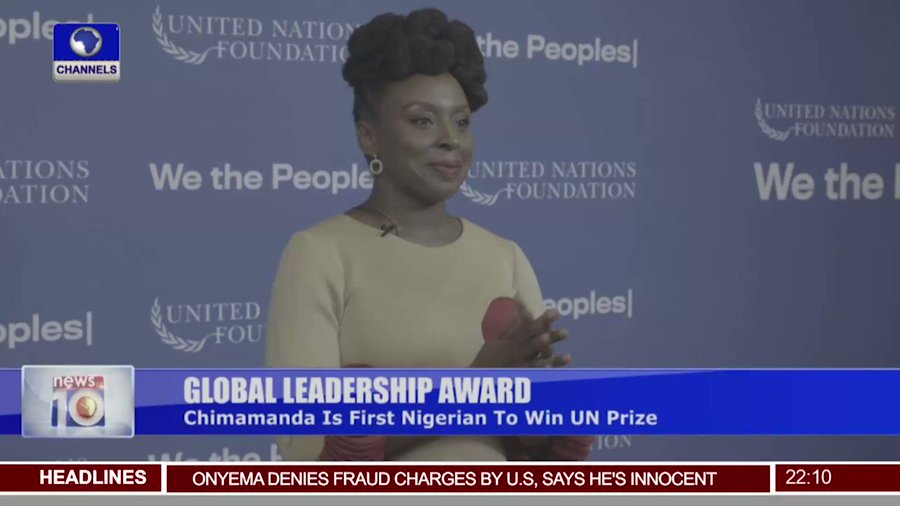